Simple Things, Done Regularly: Thoughts on a Break From Travel

In early 2020, I was preparing for a dream trip to Slovenia and France, planning a solo trip to Washington, D.C. for cherry blossom season, looking forward to a weekend in New York City, booking hotels for a road trip to Annapolis for a friend’s wedding, and poring over the calendar determining when and how I could fit in more getaways.

As February turned into March and the magnitude of Covid-19 set in, I reluctantly dropped my optimistic attitude that everything would be “back to normal” in no time, and I slowly realized none of these trips would actually be happening.

The growing Google doc collecting guesthouse details, driving routes and restaurant ideas for Slovenia went straight to the back burner (and hasn’t been opened since). Instead of scouring for flight deals and researching destination ideas, I started the long and often confusing journey of navigating canceled reservations and hoping for refunds. (My advice for those wondering: try to talk directly to your credit card company if possible. Mine was immediately much more helpful than countless calls and emails to airlines. Scott’s Cheap Flights also has some great resources.)

My hope to take some sort of trip each month throughout the year, even if just for the day or an overnight visit, evaporated very quickly. But to my surprise, as that reality sunk in and I settled into a routine of rarely leaving my apartment – let alone the county or state – I didn’t feel as anxious about it as I thought I might.

For the past 11 years, travel has been a priority for me to the point where I’ve grown to define myself by it. I worry if I feel like too much time has passed since my last “big trip.” I think about strangely arbitrary things, like: do I deserve to have a travel blog if I’m not taking x number of international trips per year? (…What?) I look at what other travel bloggers are up to on social media and wonder how I compare. In all of the ways that travel brought me such immense joy, it was sneakily transforming into a stressor, too.

Which may be why the past few months of staying close to home haven’t upset me as much as initially expected them to.

Some of it also has to do with the surreal nature of what the world is facing right now, leaving little energy to focus elsewhere. I often think to myself, how would I have reacted this time last year if someone had told me a global pandemic was heading our way? Grabbing my mask on the way out the door and foregoing hugs and indoor socializing has become commonplace, but even just a few short months ago would have sounded like the plot of a movie.

Simultaneously, it puts a lot of things in perspective. Dream trip or not, canceling a vacation feels like the very smallest of inconveniences right now. And not just because of Covid-19, but also the current backlash against police brutality and systemic racism in America, the ripple effects of a continuously divisive and incompetent president, the reminder by way of Pride Month that so many individuals across the globe continue to be persecuted for simply trying to live their lives. This list could go on.

Is being stuck at home mid-pandemic the reason that some of these injustices are more magnified than usual? I’m not sure – but while I don’t feel proud to say I’m paying more attention than I was before, that is the truth. Choosing to “not be a political person” is a privilege in and of itself. This is one of the more important things I’ve learned during this time. I am a cis white able-bodied female in a society where those characteristics open doors for me that simply aren’t open for others. Shying away from voicing my opinion due to fear that I’ll say the wrong thing or upset someone I don’t even agree with is a form of complicity.

In the Code Switch episode A Decade of Watching Black People Die, writer Jamil Smith explains, “It matters whether or not people who are not affected by this do something.” This stuck with me and reminded me of a protest phrase I keep hearing: “White silence is violence.” Examining society from other perspectives and acting as allies when we know something is wrong – even if we’re in a position to look away because it’s easier or we feel unsure of what to do – is important. If this became more standard, the world would be a better place for it. And I don’t say that as a lecture; I say it as a reminder to myself moving forward.

For these reasons and others, I’m trying to use this time to recalibrate my mindset: to appreciate time at home, savor small pleasures in my daily routine, think outside the immediate sphere I inhabit, and prioritize new things. And in doing so, step back from the cycle of only looking forward instead of enjoying – or even just fully experiencing – what is right in front of me.

If things had gone according to plan, I would have spent two weeks in May in Europe. Instead of visiting a long-awaited new country (Slovenia) as well as returning to one of my favorites (France), I was at home in upstate New York. Reading. Crafting. Cooking. Watching movies. Working. Taking walks. Visiting my parents. Reconnecting with old friends over virtual happy hours. Maybe it hasn’t been as glamorous as a new adventure (though I usually laugh at the idea that travel is glamorous; I’m often too sweaty from carrying my luggage or sightseeing for it to feel that way). But it has been fulfilling in its own right. And it has helped me remember that strings of small moments are what add up to a big life.

Last weekend, I took my first trip since February. I went camping in the Adirondacks with two of my childhood best friends. It was just two hours north of where we live, but it felt pretty adventurous considering how local the last few months have been.

We slept in a cabin, played Yahtzee by the fire, went kayaking and canoeing, explored our campsite’s island, and learned through a couple of scream-filled moments that we need to properly store our food next time.

I’ve always tried to emulate a travel where you live philosophy, anxious to overlook worthwhile places simply because they’re geographically close to me. This trip was a great reminder that even if I won’t be crossing a border anytime soon, there’s no shortage of new places to see.

Places to slow down. To learn something new. To appreciate my surroundings. To practice perspective. To feel grateful in the moment for simple things, done regularly.

Am I done daydreaming about Slovenia? Sri Lanka? New Zealand? Peru? Definitely not! I’ll be excited when it’s safe to hit purchase on an international flight again. But in the midst of a very strange and scary few months, it’s been refreshing to adapt my relationship with travel. Realizing that I can love it, look forward to it, find joy in it, prioritize it; but I don’t have to be defined by it.

Are you on a Covid-imposed travel break too? Let me know how you’re feeling about it and what you’ve been up to! 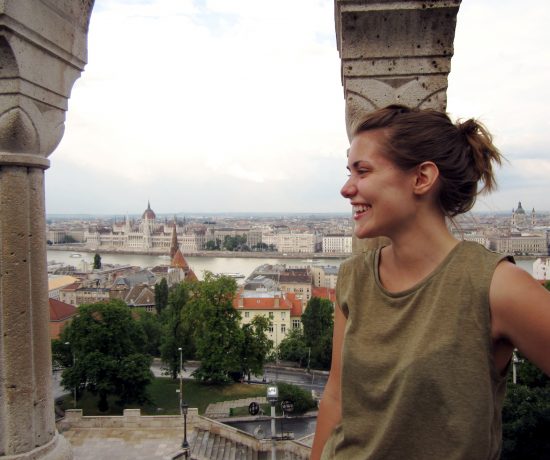 30 Countries in 30 Years and Thoughts on Travel Goals

A 2019 Travel and Writing Recap 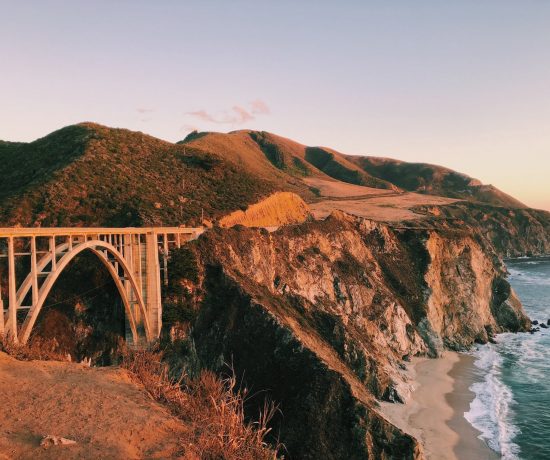