Thanks to Sarah at her lovely travel, yoga and poetry blog Endless Distances, I just learned about travel linkups for the first time! From what I’ve gathered so far, travel linkups are basically a way for different bloggers to come together by each sharing a post about a common theme. It’s a great way to find new writers to follow on their adventures, and as I’m basically brand new to the travel writing community, I thought it would be fun to participate!

The theme for this linkup is hidden gems while traveling, and upon seeing it, the first thing that popped into my mind is an out-of-the-way art installation in Sydney called Forgotten Songs. Created by artist Michael Thomas Hill, the exhibit began as a temporary installation in 2009 and has since been made into a permanent Sydney fixture. 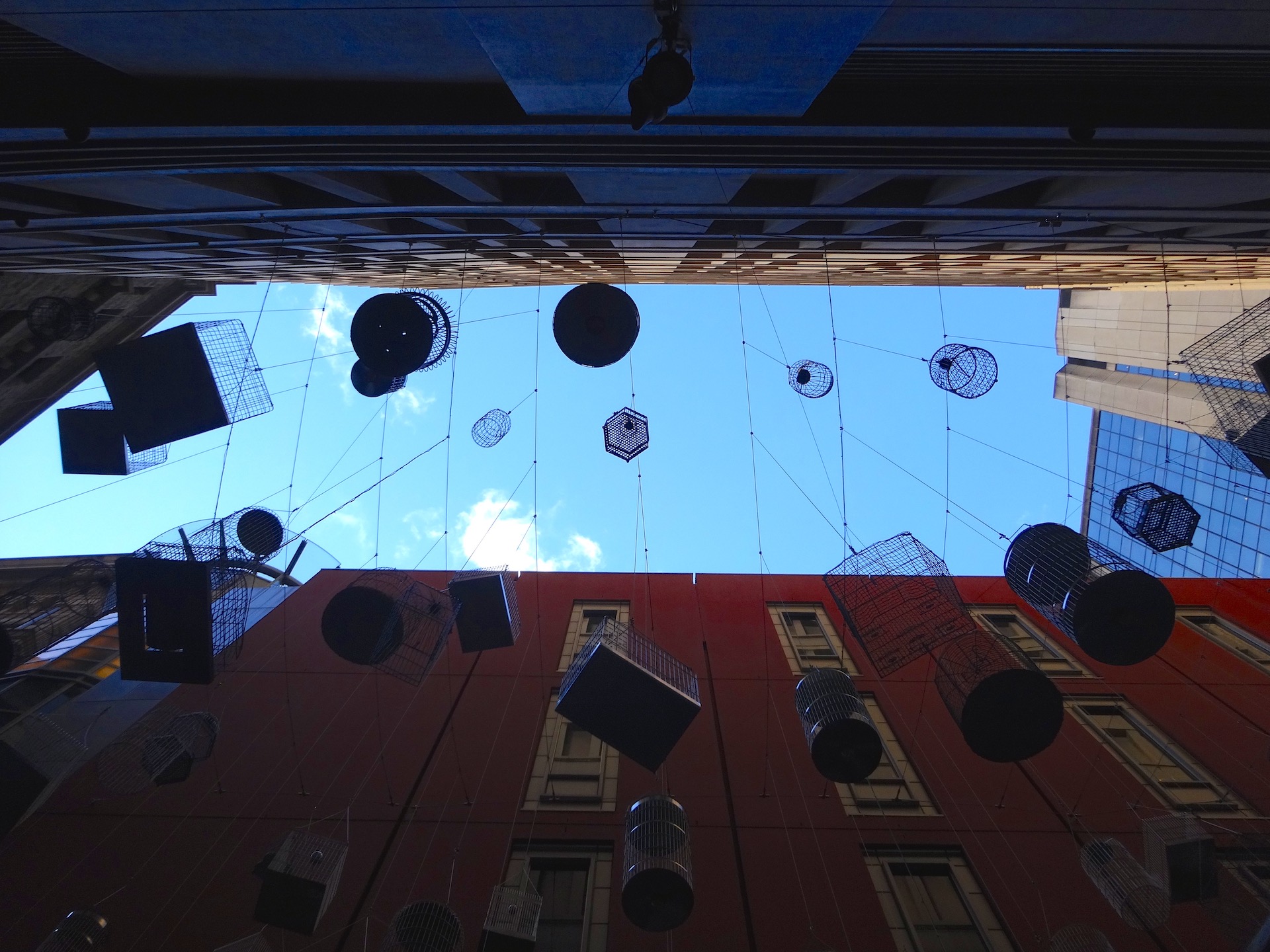 Like so many hidden gems, you’d walk right by it if you didn’t know what you were looking for; but at the heart of the Angel Place laneway, which can be accessed from the equally busy George Street or Pitt Street, you’ll be met with a welcome surprise.

Strewn between the two buildings on either side of the laneway, 120 birdcages are accompanied by recordings of birdsong. The serene installation pays tribute to 50 species of birds that used to call the area home before being slowly displaced as the city grew.

The birdsong recordings vary between daytime and nighttime, with the nocturnal species’ songs played at night and vice versa. Some of the birds being honored include the Little Lorikeet, the Variegated Fairy-wren, the Powerful Owl and the White-throated Nightjar.

Given that the exhibit is found right off of Martin Place, one of the busiest areas in Sydney’s CBD, it’s surprising how peaceful the laneway remains. It truly feels like you’ve somehow properly escaped the frenzied hustle and bustle of the downtown area, though in reality you’ve only gone one street over.

Between Angel Place and George Street, you’ll find the equally captivating Ash Street laneway, with several inviting dining and drinking options and a decidedly European ambiance. Escape to the Ash Street Cellar or Felix to further enjoy the peace and quiet before rejoining the city crowds.

Do you have a go-to place to find a quiet moment in your city? Share your thoughts in the comments section below!

This travel linkup was organized by Polly at Follow Your Sunshine, Emma at Adventures of a London Kiwi, and Angie at SilverSpoon London, and this month’s is being guest hosted by Tiffany at A Girl and Her Passport. Thanks so much to Tiffany for hosting and to Sarah for inadvertently leading me somewhere new! Click through the links to read about other the hidden gems they’ve discovered while traveling. Sarah’s post about the beautiful London mews can be found here.