My brother Russell recently moved to Pittsburgh and I visited him over the 4th of July weekend to see what his new home city is all about. He and his girlfriend Michaela were amazing tour guides, and it reminded me how nice it is to experience a new place through the eyes of a local. (Plus, I’m definitely not used to being chauffeured around while traveling, so that was pretty magical.)

Keep scrolling for three days’ worth of Steel City tips!

Seemingly the most beloved museum in all of Pittsburgh, The Mattress Factory boasts contemporary art pieces spread throughout three separate buildings in the city’s Mexican War Streets neighborhood. Michaela was once a tour guide at the museum, which is how I first heard about it. Then, while hastily researching things to do in the city, every article I came across recommended checking it out.

The museum was our very first stop in the city on a Saturday afternoon during its last two hours of being open. We managed to squeeze in all three buildings during that window – even two special exhibits that required booking time slots to visit – but I don’t think it would hurt to leave yourself more time than that if you’d like to take it in at a more leisurely pace. (We also didn’t have time for the gift shop – doh!)

Honestly, my favorite part of the museum was the space itself – multi-story, ivy-covered brick buildings with a variety of other materials mixed in throughout. The main building even offers perfect views over the city skyline from the outdoor hallways leading up or down the stairs.

While you’re in the neighborhood…

Located adjacent to one of The Mattress Factory’s annex spaces, this community garden opened in August of 2016 and is the perfect spot to unwind between exhibits…if you have more time than we did, anyway!

House Poem was created in 2004 by Huang Xiang as part of the City of Asylum’s Exiled Writers-in-Residence program, which seeks to offer spaces for endangered artists to work freely and safely. Painted on the side of a house for all to see, House Poem was Xiang’s way of celebrating the process of creation without the threat of persecution.

Take a Walk on the Shady Side

Head to the neighborhood of Shadyside in Pittsburgh’s East End for dinner, dessert and drinks.

This place means business, so if you feel as seriously about noodles as I do, it’s the perfect spot for you. It’s cash only, they don’t take reservations, and they don’t even have a phone in-house – so don’t try to call ahead. (Yep, even take-out has to be ordered in person!) We waited an hour to be seated, but the steamed pork buns and Pad See-Ew made every minute worthwhile. Oh, and it’s BYOB, so if you’d like a drink with dinner, bring along your favorite. They don’t even charge a corkage fee, just 50 cents per person for recycling.

Treat yo’self and feel good about it at Millie’s, where they specialize in small batch, homemade ice cream made with locally sourced and seasonal ingredients. They even pasteurize their ice cream themselves and make dope waffle cones on-site (that’s right…dope) using the two waffle irons sitting behind the counter. Doesn’t get much sweeter than that.

I’m sorry – is it poor form to eat a bunch of the ice cream and *then* take the photo?

With 100+ beers on tap, a variety of ciders, a cocktail list and more, there’s literally something for everyone here. Grab a seat to enjoy a post-dinner, post-ice cream drink… and then maybe go back for more ice cream. I’m certainly not judging.

Finding great food is by far one of my favorite parts of visiting new places, but I always feel especially excited when I stumble upon a great breakfast spot. There’s just something so peaceful and satisfying about starting your day with great food, coffee and company.

I won’t take the credit for finding this place myself – it wasn’t even mentioned in any of the restaurant searching I did before the trip. It’s actually Russell and Michaela’s favorite breakfast spot, and it was easy to see why. Located in Troy Hill, this large and airy space is full of natural light, comfortable seating, vintage art posters and – most importantly – amazing food and coffee. There’s even a small rooftop deck area so you can soak up a little morning sun if you’d like.

This is exactly the type of place I always wish I could have at home, and if I lived in Pittsburgh, I’d be there all the time!

I’m a big fan of Andy Warhol and I was excited to see his native city has an entire museum dedicated to his life and work. I was even more excited to see that it’s located a four-minute walk from PNC Park, where the Pittsburgh Pirates play. We had tickets to a 1:30 Sunday game and the museum being so close by made it super convenient to combine the two.

It’s spread out over seven stories, so there is pleeenty to see. We easily spent 2.5 hours looking at everything and would likely have spent more time had we not been heading to the game right after.

While I’m certainly not the world’s biggest baseball fan, it’s always fun experiencing games live, and PNC Park is an especially picturesque spot. Located on Pittsburgh’s North Shore, you’ll be captivated by not only the game and the hot dogs, but also the panoramic views of the city’s skyline arranged photogenically along the Allegheny River, with several of its iconic bridges making an appearance too.

Spend an evening – at least! – exploring Lawrenceville, described to us as the Brooklyn of Pittsburgh.

Two of the neighborhood’s most delicious restaurants are conveniently located one on top of the other, with Round Corner Cantina serving up moreish Mexican on the ground floor and Umami offering traditional Japanese street food right above.

Sitting pretty at the Round Corner Cantina

For something a little fancier, head to Spanish tapas spot Morcilla – just be sure to make a reservation first.

Some pretzel Pittsburgh love spotted on the streets of Lawrencville

I’m a sucker for cider, so the idea of a cider garden sounded pretty great to me. We didn’t stay long as it was extra busy (a theme we encountered throughout most of the holiday weekend), but I did get to try a few variations of their cider at other bars in the area, and I loved it all.

Fancy a film? This cute-as-a-button single screen theater that opened in 2014 is not your grandmother’s movie house. Grab a beverage from Atlas Beer Works, adjacent to the theater, and settle in to enjoy showings that will take your nostalgia to the next level. (Currently on deck: Jumanji and Muppets Take Manhattan. I meeeean.)

Originally built to carry residents to and from the steep neighborhood of Mt. Washington at a time when the route lacked both public transport and proper roads, Pittsburgh once had 17 operating funiculars. Today the Duquesne and the Monengahala are the two that remain.

While they’re both still used as methods of public transportation, they have also become popular tourist attractions, not only for the incline ride itself but also for the city views from the top.

We rode the Monengahala on the Sunday night of July 4th weekend and were treated to several different fireworks displays in the distance. Our only complaint was that the small cars had no open windows and the heat was pretty challenging. Luckily, the ride doesn’t last too long!

Start Your Day the Frenchie Way!

Oakland, Over and Out!

This cultural hub is home to the University of Pittsburgh’s main campus, so it’s no surprise that shopping, eating and learning opportunities abound.

Towering over the neighborhood at 535 ft., “Cathy” is the tallest educational building in the Western Hemisphere. Entering the building’s first floor Commons Room, a Gothic style hall reaching heights of four stories, will make you feel like you’ve walked right into Hogwarts – and really, isn’t that something we all want to do?

The building also boasts thirty Nationality Rooms: classrooms designed in the style of a certain country and culture that influenced Pittsburgh’s growth as a city, including Hungary, Japan, India, Korea, Ireland and more. If you’d like to visit the rooms specifically, be sure to plan ahead, as you either need to book a group tour or arrange a self-guided audio tour, which are first-come, first served and are only offered when classes aren’t in session.

For those who didn’t plan a tour in advance (like myself) take the elevator to the 35th and 36th floors to wander from room to room and enjoy views over the entire city and its surrounds.

After exploring Cathy, step into the peaceful interior of Heinz Memorial Chapel right next door, whose style is reminiscent of Saint-Chapelle in Paris.

This Pittsburgh institution serves up grilled meat sandwiches on thick Italian bread with a generous helping of coleslaw and French fries (and yes, the French fries are sandwiched in between the bread, too). You won’t want to miss it, unless you’re some sort of French fry-hating cyborg, or just tend to lead a healthier lifestyle than I do…in which case, let me take this time to apologize for writing so often about hot dogs.

Located adjacent to one another in a building connected with the Carnegie Library of Pittsburgh, the price of admission includes entry to both spots, so once you’ve had your fill of T-Rex stories, you can marvel at a variety of painting, sculptures, prints and more. The only downside for me was that it’s a lot of art to take in all at once, and I was experiencing some major museum fatigue by the end of it.

With my brother – the hostess with the mostest! – at the Carnegie Museum of Art

Pittsburgh was a great reminder that it’s not only the super popular, world-renowned destinations that are worth visiting. There are so many under appreciated places out there to explore, where you can still enjoy great parks, architecture, museums, food and shopping – often with fewer crowds and lower prices!

What’s your favorite destination that you’ve visited lately that doesn’t often find its way onto the travel blogs? Let me know in the Comments section below!

Pin it for later:

I’m sharing this post to Wanderful Wednesday, hosted by Lauren of Lauren on Location, Marcella of What a Wonderful World, Isabel of The Sunny Side of This, and Van of Snow in Tromso, Monday Escapes with Lisa at Travel Loving Family, Sarah from Extraordinary Chaos, Karen from Mini Travellers, and Claire from Tin Box Traveller, and City Tripping with Cathy at Mummy Travels and Elizabeth at Wander Mum. Be sure to click through to their sites for more travel inspo!

One River, Two Countries, and a Thousand Islands 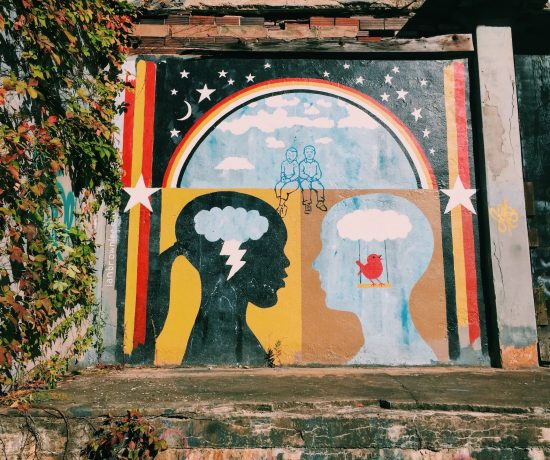 I'm Caity, a travel junkie from Upstate New York. I started The Pamplemousse Papers because I love to explore new places and then share my adventures: the beautiful successes, the challenging missteps, and everything in between. Along with storytelling, I want to pass along my best advice to help others plan and experience their own dream trips. Thank you for being here!