Turn Down for Wat? Five Temples to Visit in Chiang Mai

I’ve never been one for club hopping or bar hopping, but temple hopping? That I can get behind – and there’s no better place for it than Chiang Mai in northern Thailand.

The tiles. The statues. The colors. I couldn’t get enough! And I was in luck, because Chiang Mai has more than three hundred temples to explore, leaving me plenty of options. Keep scrolling for a list of five wats, or temple complexes, you shouldn’t miss while visiting Chiang Mai.

Wat Chiang Man is Chiang Mai’s oldest temple, and I was instantly drawn in by its lush green surroundings and peaceful atmosphere. Located slightly off the city’s main tourist routes, you just might luck into having the place all to yourself – that is, aside from the monks gathered in the viharn, or assembly hall, chanting their morning prayer.

My favorite part of Wat Chiang Man was the chedi, or stupa. A chedi is the most sacred structure of a wat, often containing relics of the Buddha. Chiang Man’s chedi depicts the front halves of fifteen elephants perched atop its square base, giving the appearance that they are supporting the upper half of the structure.

The two-story viharn and shade-filled, peaceful courtyard at Wat Phan On stood out to me instantly, and while it’s certainly not one of Chiang Mai’s most famous temples, it quickly became a favorite for me. Its beautiful gold and red chedi has an image of Buddha built into each of its four sides.

Every Sunday, Ratchadamnoen Road – where Wat Phan On is located – is transformed into a bustling street market from 4pm until midnight, where you’ll find a variety of jewelry, clothing, crafts and food stalls.

This tiny temple packs a big punch. Two brick chedis, one from the 14th century and one from the 15th century, accompany the small, wooden viharn. Adding to its beauty was a series of rainbow streamers and animal-printed banners arranged around the grounds, adding explosions of color to the whole place. I assumed they were there all the time but later learned they were hanging in honor of Songkran, the Thai New Year festivities.

The focal point here is the temple’s prominent chedi, built over the course of almost a century, from 1391 to 1475. Upon first observation, you’ll notice that it looks somewhat asymmetrical or incomplete. The structure was damaged in the 16th century – potentially by an earthquake – and then partially restored in the 1990s. Damage or no, it’s still an impressive sight to behold.

One of my favorite parts of this temple was the gold and black Reclining Buddha image located in a small building at the back of the complex. The main viharn was also worth a look – adorned with more Songkran banners, the inside of the building was a giant burst of color and detail.

At my last temple of the day, I was again drawn to the wat’s main chedi. The oldest structure in the complex, an elephant emerges from each of the four sides of the shimmering silvery-gold base. Similarly to Wat Chedi Luang, there’s a gold and black Reclining Buddha image here, too.

An added bonus: I came across a food and crafts market on my way out of the temple, where I happily refueled with some mango sticky rice, my go-to snack in Thailand.

Take advantage of the inexpensive spa options. I tried out a traditional Thai massage as well as a facial. I often view these treatments to be too expensive at home, so it was fun treating myself to something different.

Enjoy the city’s delicious and diverse options for food. I loved trying new things at the street markets, even when I didn’t fully understand what I was ordering.

Play with pachyderms! We spent a fun and educational day at the Elephant Jungle Sanctuary and heard positive reviews of the Elephant Nature Park as well.

Try your hand at some Thai cuisine classics. I highly recommend the Thai Farm Cooking School, but cooking classes are very popular in Chiang Mai, so there are lots of options depending on your budget, needs and preferences. Read my recap of the TFCS here.

Have you been to Chiang Mai? What was your favorite part of the city? Share your thoughts and any other city recommendations in the Comments section below!

I’m sharing this post for the Wanderful Wednesday blog link-up, hosted by Lauren of Lauren on Location, Marcella of What a Wonderful World, Isabel of The Sunny Side of This, and Van of Snow in Tromso. Follow the links to look through their sites!

Share on PinterestShare on FacebookShare on TwitterShare on EmailShare on SMS
Chiang MaiThailand
September 20, 2017 By Caity Pfohl

For the Love of Tiles: An Up-Close Look at Bangkok’s Most Beautiful Temples 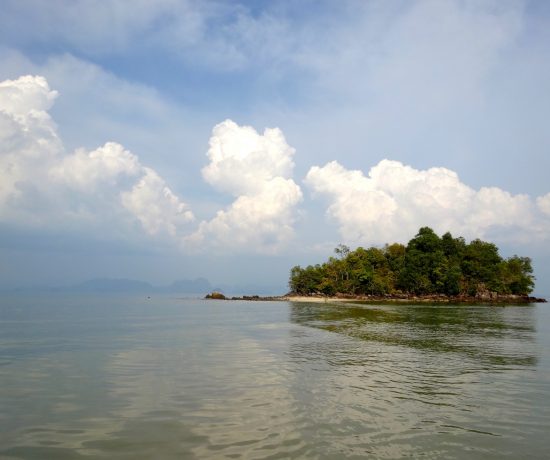 Koh Yao Noi: An Island Away from the Crowds 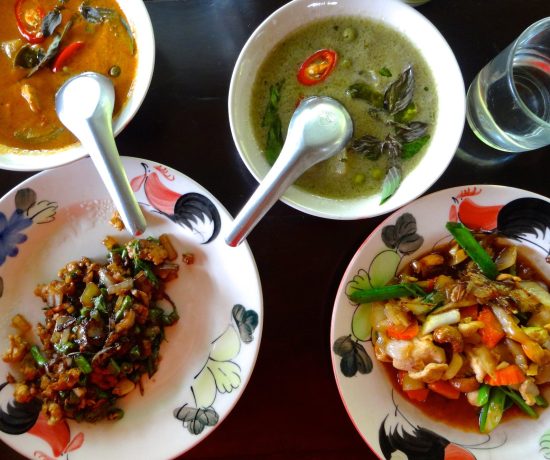 A Day at the Thai Farm Cooking School